How and why to turn on Fitbit auto-syncing

Written by Robert Higdon
Updated over a week ago

There are two ways to sync your Fitbit with Readi: manually or automatically.

For the smoothest experience with Readi, we recommend enabling automatic syncing. Auto-syncing allows your Fitbit to send sleep data to Readi automatically and to notify you when your ReadiScore has been generated. 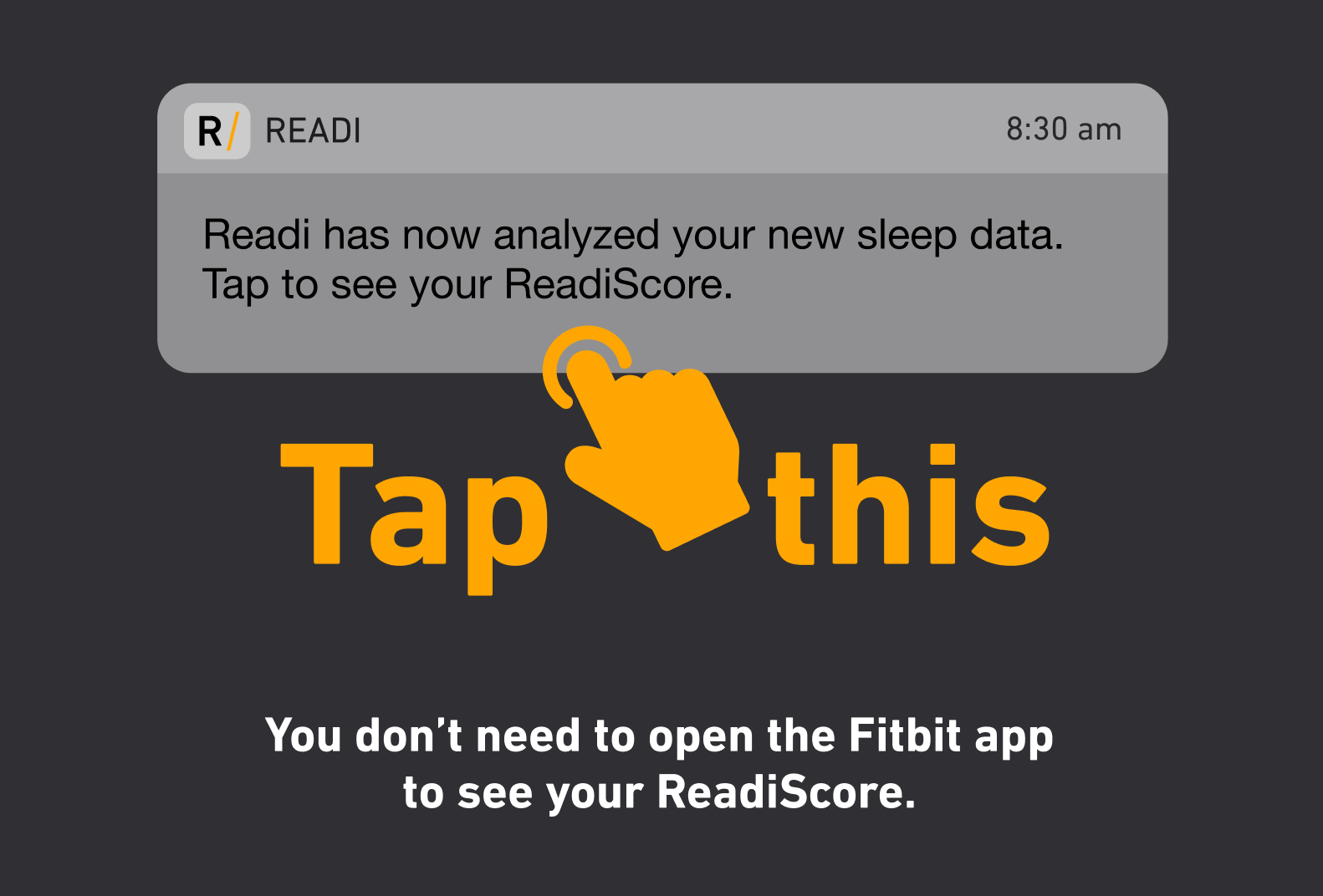 How to turn automatic syncing for your Fitbit

Step 2: Tap the account icon in the upper left

Step 3: Tap your device in the list that appears

Step 4: Scroll down to find “All-Day Sync” and toggle it to on

Did this answer your question?